The second quarter of 2019 saw most investments continue their upward trajectory. This, as can be seen from the chart below, was led by a near 6% rise in global equities. As this rally in equities was partly due to an indication of a looser central bank policy (interest rates likely to stay lower for longer), bonds also rallied strongly, particularly in the latter part of the quarter.

The indicative looser policy on interest rates has pushed the yield on the benchmark 10 year UK Gilt to around 0.8%. A meagre return for anyone investing but, as the increase in bond prices has shown, there are no shortage of takers at that level. This is perhaps due to some bonds in Central Europe actually having a negative yield. Yes, you have to pay to invest in these bonds!

Commercial property returns remianed muted. Problems in the retail space, where rents are being forced lower by occupiers using CVA’s, are weighing heavy across the sector. 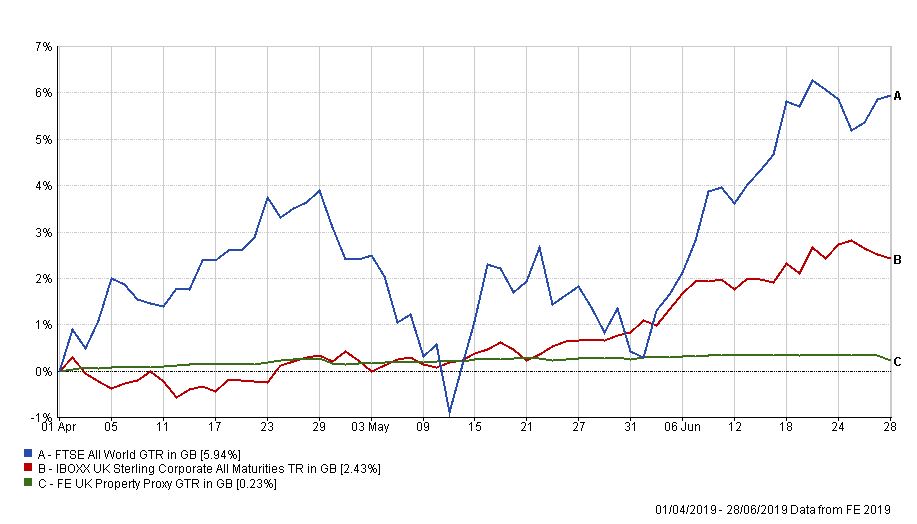 Looking closer at the global equity markets, we can see that Europe has led the way over the quarter, with a near 9% return. The US and Japan have both seen mid single digit returns, with the UK lagging with a sub 3% return.

The underperformance of the UK market is perhaps unsurprising when we consider the current political conditions and the ongoing debate and negotiations over our exit from the EU. However, this uncertainty has left UK equities, relative to their past and other global markets, looking good value. 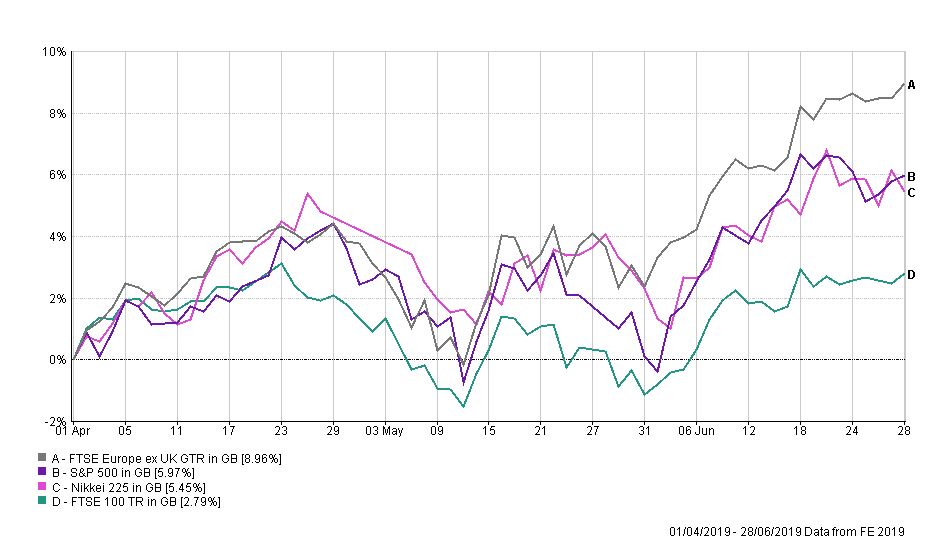 BREXIT and the ongoing contest for the leadership of the Conservative Party is likely to dominate the UK agenda over the third quarter. Almost certainly, developments in these areas, and commitments ultimately made, will have an effect on UK markets in the short-term.